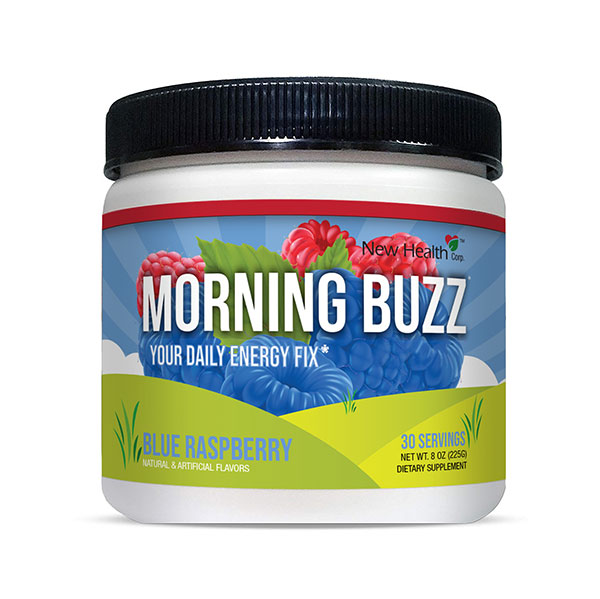 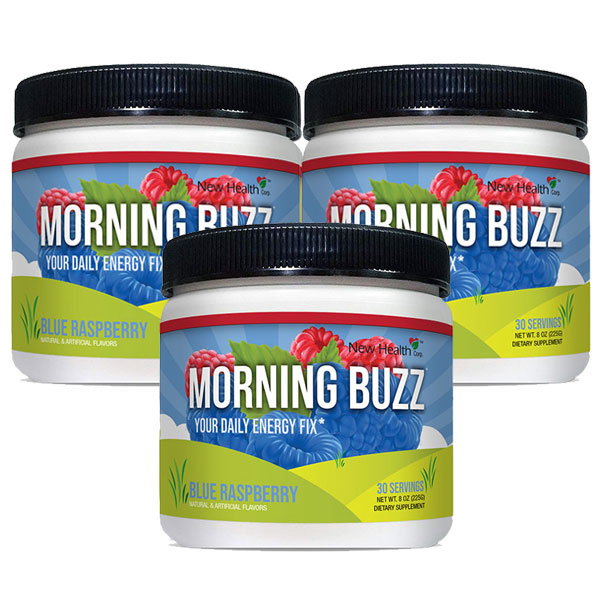 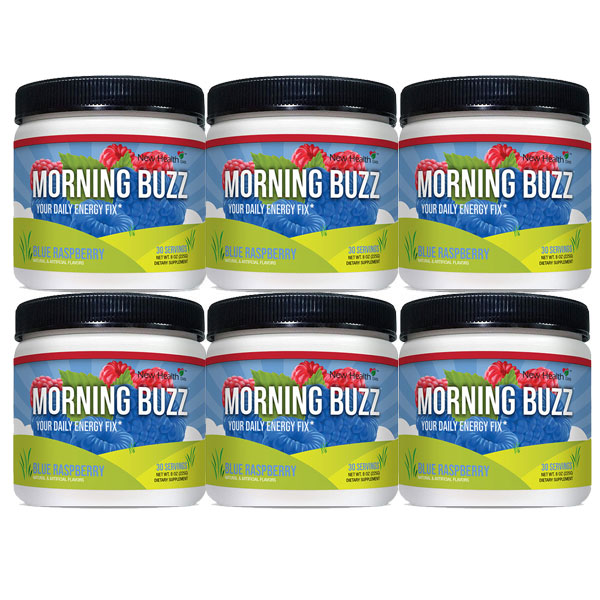 Want to try out other Morning Buzz Flavors?

Pick your choice in our Mix and Match options

MIX & MATCH MORNING BUZZ FLAVORS
DO YOU START YOUR DAY SLUGGISH? – the perfect energy drink without the jitters that will support, energy, endurance and mental clarity, throughout the day

DO YOU EXPERIENCE THAT AFTERNOON CRASH AND TIRED FEELING? – that comes from drinking coffee – our energy shot is packed with powerful nutrients that support energy for your morning workout, and prevent afternoon crash for sustained energy all day long SUPPORTS HEALTHY METABOLISM – use this optimum nutrition powder, pre-workout drink consistently with a workout routine, and you will experience increased metabolism

MORNING BUZZ is brought to you by the folks at New Health Corp. New Health has been providing quality American made products for over a decade. Based in Asheville, North Carolina, New Health values their customers opinions greatly. If you have any questions or suggestions, please don’t hesitate to drop us a line.

Whatever your morning routine is, a scoop of Morning Buzz with water will get you energized, more alert mentally and physically and help you be the best you can be.

If you start feeling sluggish at some point in your day, try Morning Buzz and your mental alertness will come alive and you will suddenly be in a better more positive mood and with so much more energy! The perfect antidote for sleepy sluggishness! Wake up and come alive at any time of the day with Morning Buzz, your daily energy fix!

Thiamine, thiamin or vitamin B1 named as the “thio-vitamine” (“sulfur-containing vitamin”) is a vitamin of the B complex.

Riboflavin (vitamin B2) is part of the vitamin B group. It is the central component of the cofactors FAD and FMN and as such required for a variety of flavoprotein enzyme reactions including activation of other vitamins. It was formerly known as vitamin G.[2]

Niacin, also known as vitamin B3 and nicotinic acid, is an organic compound with the formula C 6H 5NO 2 and, depending on the definition used, one of the 20 to 80 essential human nutrients.

Carnitine is an amino acid derivative and nutrient involved in lipid (fat) metabolism in mammals and other eukaryotes. It is in the chemical compound classes of β-hydroxyacids and quaternary ammonium compounds, and because of the hydroxyl-substituent, it exists in two stereoisomers, the biologically active enantiomer L-carnitine, and the essentially biologically inactive D-carnitine.

Inositol is a sugar alcohol. Its taste has been assayed at half the sweetness of table sugar (sucrose).

Glycine (abbreviated as Gly or G) is the smallest of the 20 amino acids commonly found in proteins, and indeed is the smallest possible (having a hydrogen substituent as its side-chain). The formula is NH2CH2COOH. Its codons are GGU, GGC, GGA, GGG of the genetic code.

Taurine or 2-aminoethanesulfonic acid, is an organic compound that is widely distributed in animal tissues. It is a major constituent of bile and can be found in the large intestine, and accounts for up to 0.1% of total human body weight.

Tyrosine or 4-hydroxyphenylalanine is one of the 22 amino acids that are used by cells to synthesize proteins. It is a non-essential amino acid with a polar side group. Its codons are UAC and UAU.